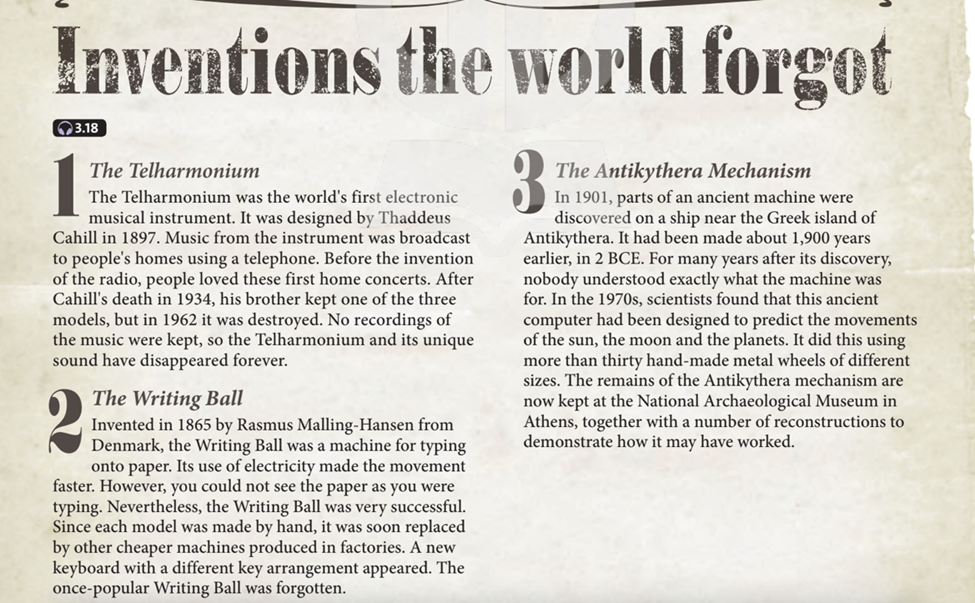 1. The Telharmonium was invented before the radio.

2. Thaddeus Cahill destroyed the final model of his invention before he died.

3. The Writing Ball was the first machine that used electricity for typing.

4. Other typing machines were cheaper to make because they were not made by hand.

5. The Antikythera Mechanism was at the bottom of the sea for nearly 2,000 years.

6. For about 70 years after it was found, the purpose of the mechanism was not known.